From the second half of last year, a mobile phone software called \”Focus\” suddenly became popular, and he could make money. This year, he also mount the first place in the APP market life.

However, this mobile phone application software that \”let sweat is not white\” as the propaganda slogan, gradually embarked on \”MLM\” similar to \”pull people\”.

Recently, due to suspected pyramid schemes, illegal fund-raising, financial fraud, this mobile phone application developer \”Hunan Fugop Network Technology Co., Ltd.\” was officially recorded in the relevant units of Changsha City, Hunan Province . What kind of trap is it hidden behind a chance that looks \”lying down can make money\”? How is it so subcompected?

Folk step App is a mobile phone called \”walking can make money\” software. The software number has 30 million users. Users only need to install the infusion app. If the number of steps per day, you can get the number of \”Friends Candies\”, this \”candy\” is the virtual currency on the platform, which can be used to replace Commodities can also be directly extracted. 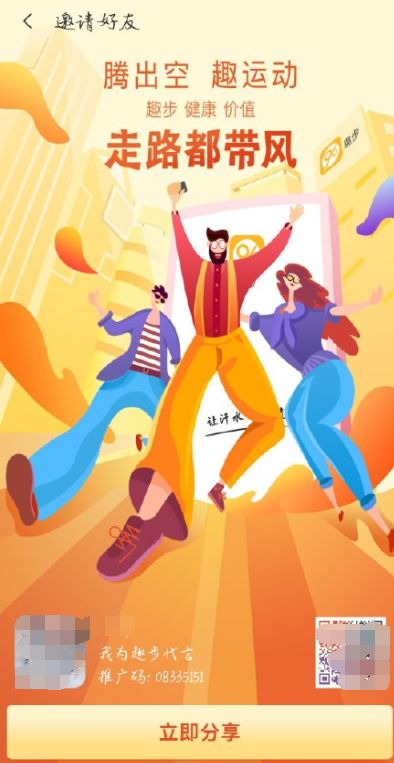 The propaganda advertisement said that in the case of a penny, as long as it takes 3,000 steps in the mobile phone every day, it can get 55 candies a year, and each time A candy value is 100 yuan, and it is easy to make a goal of earning five thousand. And it is not capped, and even the highest can enter 20,000 pieces. 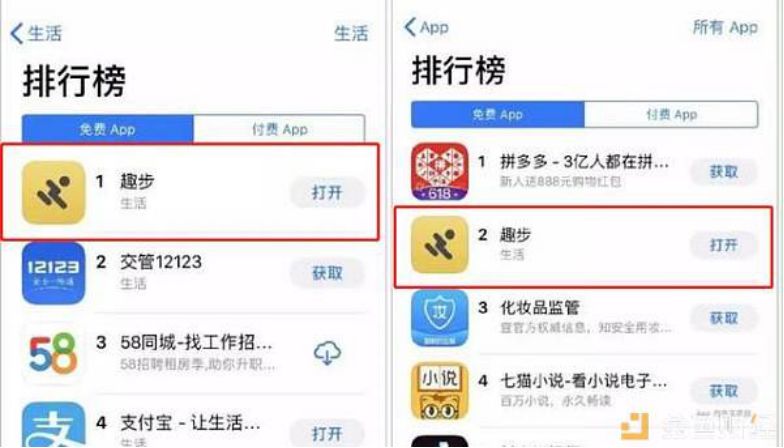 Although it looks at the temptation, it is not easy to get money. It is reported that there will be 11 candies for a month. If you continue to play, you must spend 10 buy tasks. If you sell the candy generated in the first month, you can’t get candy. Focusing is zero investment, but it has developed offline with similar MLM pulls.

This marketing method also attracted some people’s question. On July 20 this year, there is a moonmail mail message on the online website of the Changsha Municipal People’s Government. Is Hunan Fugop Network Technology Co., Ltd. is a pyramid scheme, and requests the relevant departments to verify whether it is true, give me a satisfactory reply Thank you! \” 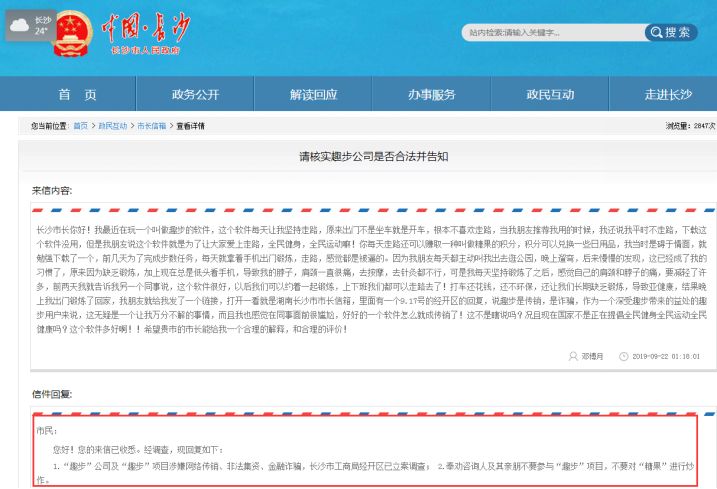 It is understood that this app is attracted by the user, and brainwashed users \”pull people into the gang\” division, it seems to be zero investment, essentially, but uses MLM to develop the way to develop offline .

A senior player who participated in virtual currency transactions introduced that this app is actually the gameplay of the money disk: the user who admits first, will purchase \”candy\” at a low price, then try to do something Use a lot of buy, pull the head, etc., put the price of \”candy\” is high, and then sell the candy in your hands to sell the difference.

Industry insiders said that the reason why infancy attracted so many users in the short term, mainly because of the low cost, and each person will pay 1 yuan to participate. But for the platform, there are more registered users, and the benefits will be a huge number. In front of the temptation, the relevant personnel embedded the path of MLM.

Comprehensive summary, the routine of the steps is about the following:

1. It is reported that after the installation is successful, if you want to use it, you need to provide an identity to the platform. Card mark, bank card account, WeChat account and need to pay 1 yuan via Alipay, you need to fill in the invitation code before registration.

But the ID number, bank account payment information is suspected of user privacy exposure, these or have been sold further in the black production chain; 1 yuan verification fee does not look much, but there are fewer accumulation, if there is 30 million users, add 30 million.

2, for the user, the core attraction of interest is in \”candy\” because \”candy\” can be used to exchange goods and sell money. But want to get candy, the so-called number of steps is actually a bonus, the key is to be active. How is the activity improved? Mainly deserves the recommended users, that is, pull the head.

In addition, candy is increasing, the higher the membership level, the lower the handling fee. Increase the level, mainly relying on promotion (pull head).

3, for users with certain funds, can be exchanged with candy to exchange different grades of reel tasks, the higher the level, the higher the yield. For example, 10 candies can be exchanged for a primary reel task. In the validity period of the task, as long as I gone 3,300 every day, 12 candy will be issued after the platform will issue 12 candies. That is, the deposit of a certain candy is stored in 45 days.

After accumulating enough candy, you can continue to redeem the next level of reel and get a higher activity and candy. And the expert level, only 45 days of return, even madness reached 36.8%. But such a high return, in the investment market seems to be very dangerous and unrealistic.

The picture below shows the other task axis mechanism of the infusion app platform:

Overall, the first part of the user obtains the least return, the second part user UsePlatform free advertisements or pull people’s way to get medium income, the third part of the user will start to acquire the \”candy\” of others with cash, and constantly fry high, waiting for the next batch of pickers. However, it is worth noting that if the late unmanned pick, or the platform company has earned profit by selling candy, then all \”empty gloves white wolves\” will eventually become a bubble.

The figure below shows three kinds of gameplay of netizens: will not be registered or deducted?

Under the above mechanism, the pull-out of the person has once again reached a madness.

It is reported that Jilin Province Changchun Architecture School is forced to register all students. If you do not register, you will deduct 1 credit.

The 80-year-old grandfather is learning how to make money in fun:

A variety of stalls in the street, as long as the next step is a step APP, send a small gift :

Experts remind you to be alert to such scam

In addition to informed \”walking to make money\” App, currently, there are still many such scams in the market, such as Many claims can be made by brushing news to earn pocket money, watching video integrating mobile phone applications, and latent false advertisements behind such applications, showing traps, etc., experts remind consumers, must be vigilant. 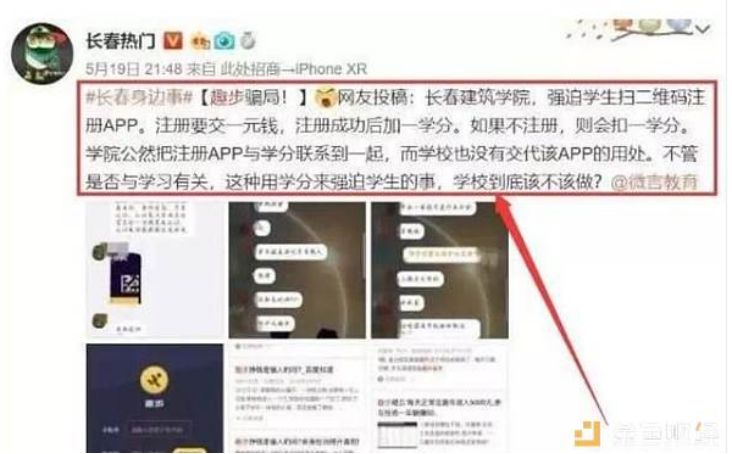 Many users spit, the return and payment of the payment are not proportional. Moreover, there are many of these APPs to set up higher cash thresholds, and it is difficult to honor the promise of publicity. There are also some platforms to encourage users to pull their heads to develop offline, and have been questioned. 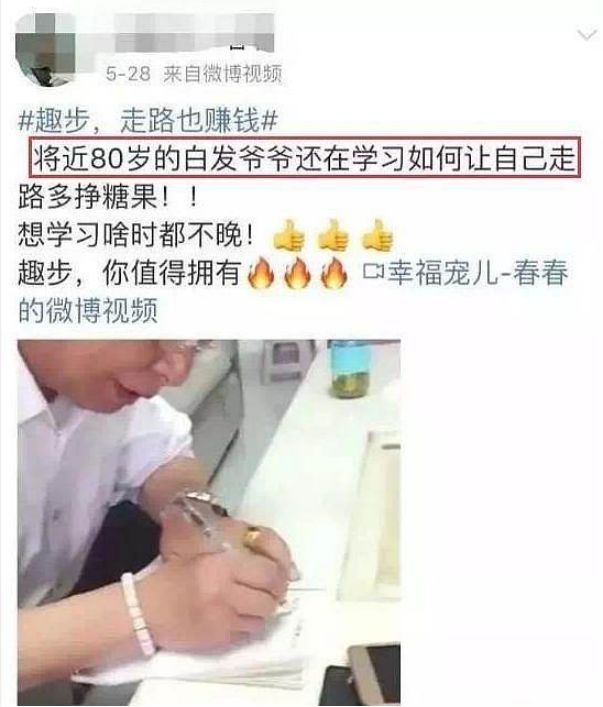 For example, an app called \”lightning box\” advertises on a short video platform: \”A money artifact, see video reading, seeing novels, you can earn zero flowers, you see My balance has more than 80 yuan, you can meet at any time … \”But through the survey found that\” Lightning Box \”has complex income rules, users complete the information, bind the mobile phone number, fill in the information, invite friends. , After the task such as red packets, you can get the corresponding reward.

Investigators follow the task requirements to share the app to WeChat friends, the other party receives a title \”Playing mobile phone can also make money, I have earned a 14.7 yuan in the lightning box.\” In fact, the grievances of the holder are only 1.43 yuan. And when you plan to add this 1.43 yuan, you are told to log in for five days to cash. Experts reminded that it seems that there is a lot of money, it is very effective.Large consumption traps, many consumers have spent a lot of time, but also have a lot of advertisements for false content, some people have not easy to get some rewards, and it is difficult to break.Investors must be vigilant, don’t trust this kind of mobile phone, brush WeChat easy to make money, so as not to be deceived.