Donghu beauty, is a business card in Wuhan.

If someone finds that someone destroys its environment and color, Zhang Cuiyu, a team member of the East Lake Scenic Area City Management Law Enforcement Bureau will come forward. In the face of threats, she never took a step, facing the occupation of the road, her flexible law enforcement. Engaged in urban management for 14 years, she used a tenderness of the dark and careded the beauty of the East Lake.

In the face of the threat, never retreat

\”I am a party member, representing government departments to serve citizens and administrative law enforcement.\” In the face of critical, Zhang Cuiyu never Take another step.

In October 2009, the Donghu Scenic Area is the Paladang Bay of Shawa Community. A two-story illegal building of more than 200 square meters, the environment of the scenic area is not in. After many propaganda before, and the law enforcement instruments were issued, and the parties in violation of the establishment of the parties did not want to self-demolish the building of the building. According to law enforcement procedures, the urban management department decided to demolish.

\”You have broken my house, I will burn you.\” Removal of violations The left hand is full of gasoline full of petrol, and wants to move into the off-site.

Engaged in urban management for 14 years, Zhang Cuiyu has encountered such a scene many times, she said that she is not afraid.

In 2011, a foreign man came to Han Mou, driving a three-wheeled car, and long-term sales of fruit in the door of Wuhan Botanical Garden, affecting the peripheral order. Urban management team members have persuaded it, let them rent the store to sell fruit, but whose verbal promises, but there is no action.

In July of the year, in the road to accounting, the urban management team members temporarily buckled tricycles and fruits according to law, and Xu was very resistant. Zhang Cui discovered that Xu took a knife from the car. \”Get out his knife wins down.\” She spoke, together with colleagues, approached grabbed a kitchen knife. After promoting and education, I regretted afterwards, and I actively admit mistakes and said that no longer saved fruit.

In October of this year, when the car was carried on the road, the impulsive clerk chopped a knife and was stopped in a timely manner by Zhang Cuiyu and colleagues. In front of the police, the man compensation for medical expenses, and to apologize Road earned injured players. 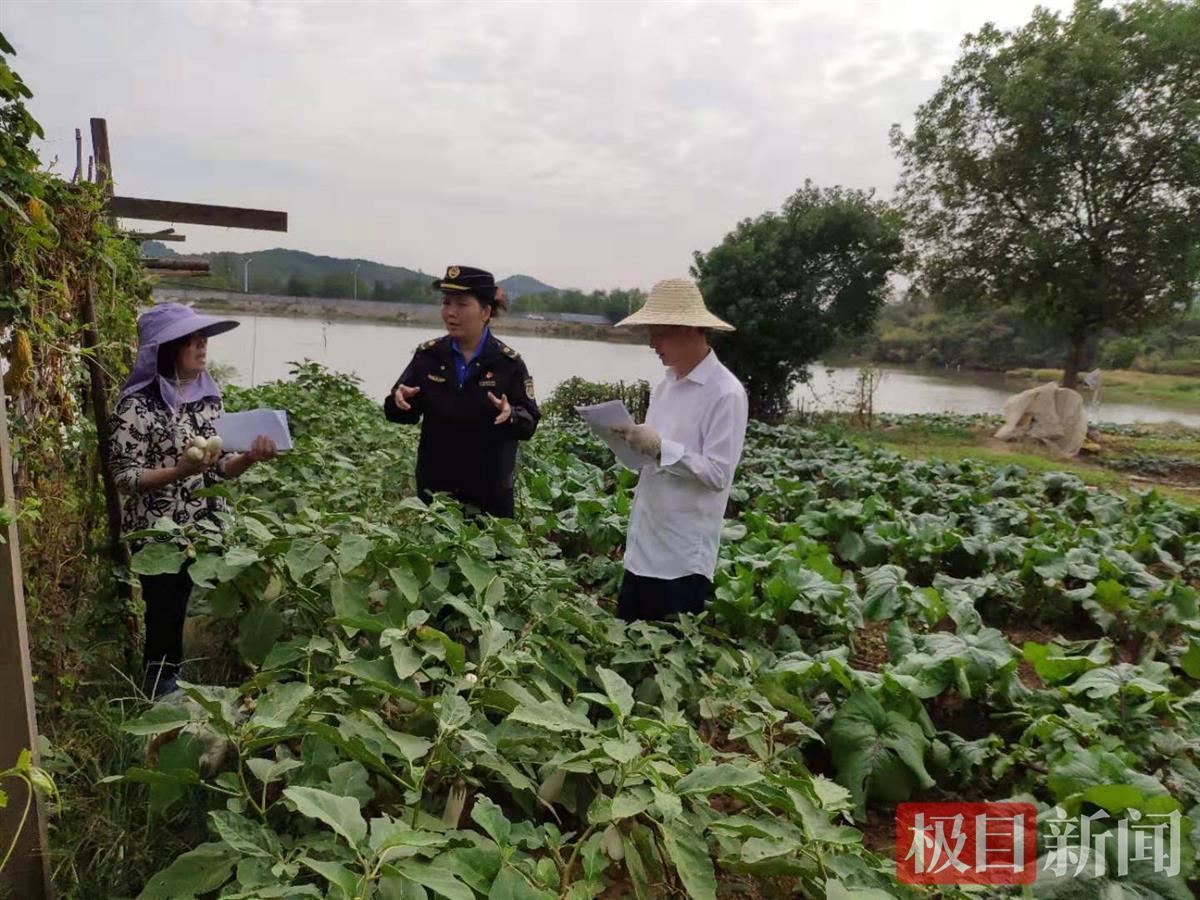 Zhangcui Yu had \”forced\” a 9000 quail farmers to sell as soon as possible, in order to reduce environmental pollution. By the resist, do not understand the last to send a banner to thank the story behind this change has allowed farmers, students and soldiers who never forget.

2In March 019, the school soldiers learned a cultured quail technology. In the three-storey building of the Da Li Wenchui, the Donghu Scenic Area, 9,000 鹌鹌, 成 鹑 and quail eggs were sold to the hotel. Da Li Wenchuang Village gathered a group of romantic literary personality stores, became a business card in the East Lake, which is a famous network red card point.

When Zhang Cuiyu inspected, he smelled a smell, after exploring, found that the school soldiers were emitted.

\”You taste too much here, affecting the environment of Condu Village, according to Wuhan to manage the management regulations, can not breed the 鹌鹌.\” Zhang Cui Yumi said that all the school soldiers came out directly. However, Zhang Cuiyu did not fight the drum. 10 consecutive go door to persuade him to raise him outside of the three rings, \”If you still don’t change, we start the law enforcement procedure, and finally confiscate the 鹌.\”

In Oct 2019, the school soldiers began to make loose, will Sold all.

After 3 months, the epidemics struck, Wuhan Fengcheng. \”Fortunately, the city management is forced to take off, otherwise it will lose more than 100,000 yuan!\” On October 24, 2021, the school soldiers told reporters that after sold, he also found a stable job.

On August 18, last August, a school soldier who is grateful, giving Zhang Cuiyu, a banner, with a gratitude.

Flexible law enforcement, guiding hamarts into the store to operate

20 years ago, Zhu Yaohui came to Wuhan to live with his parents and sisters. In 2016, in order to live, he rented a ten-square-meter folk house and sold vegetables and fish. Due to the remote location, the passenger is less. One day, the hair is less than 1,000 yuan. In order to attract the customer source, his home increased sales rice and seasoning. The store is not enough for a while, and only the store is available.

When Zhang Cuiyu was inspected, he found that the store was required to enter the store. Zhu Yaohui stated that a family of 5 people referred to the disappearance of the dish, and the business was not good, and they did not start the store.

\”Our unit canteen has three or forty people to eat every day, you can send us a dish.\” Zhang Cuiyu’s suggestion got the consent of her squadrons, which made Zhu Yao happy . From October 2016, Zhu Yaohui sent dishes and rice noodles and seasonings to the city management team every day, with an average of 7800 yuan per day.

\”Since this business, the store’s business is getting better and better.\” Zhu Yao Hui said that due to the increase in variety, fresh, more and more people buy, the daily hair revenue reached More than 3,000 yuan, \”studentsAffected. \”

Dare to touch the scenery of the scenic area

In April 2012, a gravel transport vehicle, along the old Donghu Road, due to Overloaded, throwing a crushed stone along the road, Zhang Cuiyu inspections found, all the way to track, in a checking card, will stop the vehicle.

\”You want to die! \”The people in the car will scold the head to the window.\” You have overloaded suspicion, and the throwing gravel affects the urban environment. Please rectify immediately and clear the crushed on the road. \”Zhang Cui jade lit out the law enforcement certificate, civilized law enforcement. The other side, the attitude change, immediately organize the pavement gravel, restore the road traffic order.

October 19 this year, Zhang Cuiyu When the inspection, I found the side of the green road. Some people are building a house. At this time, the cement on the top of the first floor has been poured. A car just opened the tanker is preparing to make the concrete for casting.

\”Here Building a house, destroying the scenic environment, may be illegal construction. Zhang Cui Yu thought here, immediately verified. After a few minutes, I really investigate and deal with this house is illegal. She immediately brought the team to stop the concrete tanker.

\”The concrete does not pour, the loss is very lost. You will compensate. \”The driver is impatient, still continues. Zhang Cui joked into the construction site, stopping the concrete car without going cast. The driver may not quit the scene, but did not leave, the two sides have been dead for more than an hour.

Since then, law enforcement staff guards the establishment site, It was found that it continued to be illegal and immediately stopped. Wuhan City Control and Investigation illegal Construction Ordinance will be implemented on November 1 this year, we will meet the notice of rectification. If you don’t remove itself within the specified period, you will take a demolition. \”Zhang Cui said that the relevant fees produced by demolition were borne by the illegitudes.